A Focus on Tighter Regulation: The SEC Clawback Rule

On Oct. 26, 2022, the U.S. Securities and Exchange Commission announced it is adopting the long-awaited final rules mandated by the Dodd-Frank Act Wall Street Reform and Consumer Protection Act of 2010 regarding “clawbacks” of erroneously awarded incentive-based compensation. The final rule, which Congress mandated following the 2007-2009 financial crisis, was originally proposed in 2015 but was revived for public comment in 2021 and 2022 to consider recent shifts in the market.

The overall purpose of the rule is to strengthen the transparency and quality of corporate financial statements and to prevent executives from keeping compensation based on misstated financials. Similar to the Pay Transparency Law some states have adopted, and the Pay Versus Performance Disclosure, this rule is also intended to narrow the gap regarding misconceptions among executive pay.

The new rules apply to public companies of all sizes and to any executive officer that has received incentive compensation, including stock options.

Like It or Not, the Rule is Here to Stay — and Companies Must Be Prepared

Companies often follow a performance-based pay model for their senior executives. If for example, an executive is compensated based on a milestone such as achieving a revenue growth target, that is subsequently discovered to have only been met because of an accounting error, the clawback rule would require issuers to recover the amount of erroneously granted compensation. The clawback of compensation will occur regardless of whether the executive had any involvement in the error.

Issuers that do not adopt and comply with compensation recovery policies in line with the rule’s standards will be subject to delisting.

Issuers will have up to one year plus 60 days following the publication of the new rule in the Federal Register to adopt compliant policies which means companies will need to have compliant policies in place before the end of 2023.

For companies that voluntarily adopted clawback policies when the rule was first proposed in 2015, existing policies will likely need to be revised. A review of existing policies from outside expert counsel is highly recommended to avoid discrepancies – especially under the various substantive requirements that will be mandated by stock exchange listing standards.

What to Do Next

The new rule creates more pressure to get things right, and potential accounting errors will have bigger consequences and financial repercussions. Future errors are often not going to come up in the day-to-day blocking and tackling, but with more complex reporting such as acquisitions or new revenue arrangements.

WilliamsMarston’s team of highly skilled and experienced advisors deal with these complexities on a day-to-day basis and can help navigate these tightened regulations to further prevent errors and address financial repercussions when potential inaccuracies are discovered. Contact your WilliamsMarston representative to discuss what your company should be doing now. 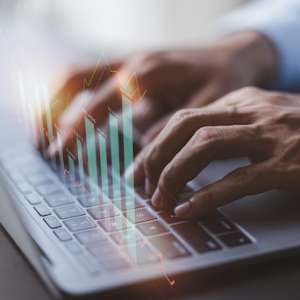 Get the latest updates and offers.