Beginning during the 2022 tax year, taxpayers are required to capitalize Internal Revenue Code (IRC) section 174 (IRC §174) research and experimentation (R&E) expenditures and amortize them over five years for domestic R&E, and 15 years if the R&E is conducted outside the US. The definition of R&E has expanded to include software developments costs. These changes are brought forth by provisions within the 2017 Tax Cuts and Jobs Act (TCJA) which removed the option for taxpayers to immediately expense R&E expenditures starting with the 2022 tax year. Many practitioners believed legislation would have extended the immediate expensing methodology given the bipartisan support for this provision. However, Congress has not yet issued an extension, and it is unclear whether Congress intends to do so before the end of 2022.

Taxpayers must determine how the change from immediately expensing to capitalizing and amortizing R&E costs impacts their estimated tax payments, tax returns, financial statements, and their overall cash management. Tax planning and tax positions taken could also have consequences outside of IRC §174. Further, the determination of what is considered an R&E cost may require coordination across business functions which can be time consuming. Companies should expect issues in the following areas:

Taxpayers should work with their tax preparers and advisors to understand their specific facts and circumstances to avoid being surprised by amounts reported on estimated payments, tax returns, and their financial statements.

Changes to the treatment of R&E, enacted as part of TCJA, are effective for tax years beginning after December 31, 2021. Although there was advance notice for this change, many expected the option to immediately expense R&E costs to be extended by congress before the end of 2022. The proposed Build Back Better Act which passed in the House of Representatives called for a four-year extension, however, the bill stalled in the Senate. While the recently enacted Inflation Reduction Act of 2022 contained certain tax provisions such as a corporate minimum tax rate and carried interest provisions, it did not extend the option to immediately expense R&E costs.

The changes to IRC §174 require R&E expenditures to be capitalized and amortized over five years, and 15 years if conducted outside the US for tax years beginning after 2021. The five year and 15-year amortization periods for R&E activities are subject to a midyear convention. The requirement to capitalize R&E expenditures creates new challenges for taxpayers including significant impacts to estimated quarterly payments, tax provisions, annual tax return compliance, cash management and organizational planning.

Beginning in 2022, software development costs are specifically defined as an R&E expense and are required to be amortized over five years.

As a result of IRC §174, organizations must now track R&E expenses separately from ordinary and necessary expenses which can be difficult due to lack of technical guidance. Since IRC §174 R&E costs and IRC §162 Ordinary and Necessary expenses both allowed for immediate tax deductions, taxpayers did not previously need to segregate R&E costs from other costs.

The Treasury Regulations (Regulations) define R&E expenditures as costs incurred in connection with a trade or business which represent research and development costs in the experimental or laboratory sense and include all costs incidental to the development or improvement of a product. A product includes any pilot model, process, formula, invention, technique, patent, or similar property, and includes products to be used in a trade or business as well as held for sale, lease, or license.

The existing Regulations provide limited guidance on what is not considered an R&E expenditure. The legislative intent demonstrates that R&E classification should apply to the nature of the activity to which the cost relates to, rather than the product. For example, quality control testing (not done in connection with a product design), efficiency studies, consumer surveys, management studies, advertising, and the cost of acquiring a patent, model, production, or process are not considered R&E expenditures and their deductibility is determined under IRC §162. Absent additional guidance, we believe specified R&E expenditures will include the same types of expenses subject to pre-TCJA R&E such as:

A Change in Accounting Method

The change also brings additional compliance challenges as we expect Taxpayers will be required to file a Form 3115 – Application for Change in Method of Accounting. The TCJA Committee Reports provide that the rule will be applied on a cutoff basis, and therefore, there will not be an IRC §481 adjustment relating to the method change to comply with the new regime. In addition, an accounting method change may also need to be filed on behalf of a controlled foreign corporation (CFC) to properly capitalize and amortize R&E over 15 years which adds complexity to Global Intangible Low-taxed Income (“GILTI”) calculations.

Taxpayers can expect a minimum 90% decrease in allowed expenses in its first year’s application of post TCJA IRC §174. For taxpayers with R&E performed outside the US, this decrease can be even more significant given the 15-year amortization period for non-US R&E and also potential double capitalization for R&E performed by CFCs.

A specified research expense must be treated as an IRC §174 capitalized cost to be considered a Qualified Research Expenditure (QRE) for R&D credit purposes under IRC §41. Prior to the effective dates of TCJA changes, IRC §41 only required that costs were eligible under IRC §174. Therefore, to the extent a taxpayer has a QRE cost, they must be sure its correctly identified as an IRC §174 cost rather than an IRC §162 ordinary and necessary expenditure.

Please contact one of our tax leaders for more information on how WilliamsMarston can assist your company with the changing tax treatment of R&E Costs:

The information in this article is not intended to be “written advice concerning one or more federal tax matters” subject to the requirements of IRC 10.37(a)(2) of Treasury Department Circular 230. The information contained herein is of a general nature and based on authorities that are subject to change. Applicability of the information to specific situations should be determined through consultation with your tax adviser. 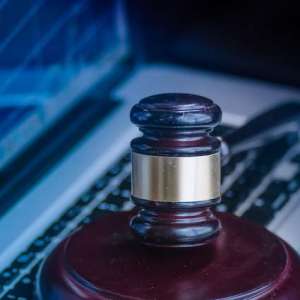 Next The SEC Clawback Rule

Get the latest updates and offers.